​Jen Segadelli, JD, MSM - MAWS President (she/her)
Jen graduated from Seattle University School of Law in 2010. Her experience as a reproductive rights attorney in resource-constrained nations inspired her to further her professional interest in reproductive health and, in particular, maternal health and childbirth. International law, human rights advocacy, and reproductive rights were central to Jen’s interest in pursuing a legal career. Jen’s passion for maternal health and childbirth evolved as her reproductive rights work in Kenya pulled her closer to the inexcusable and highly preventable loss of pregnant persons and infants in pregnancy and labor. As she could not imagine a more meaningful way to serve pregnant people and families, Jen pursued her interest in midwifery and graduated from Bastyr University with a Masters of Science in Midwifery in June of 2016.
​
Prior to birth work, Jen worked as an attorney for the Center for Reproductive Rights and the Gender Violence Recovery Centre in Nairobi, Kenya. She has previously served on the MAWS board as a student member, and board member, and hopes to continue to use her legal expertise to lobby, research, and write about the intersection of law and midwifery because for Jen, legal advocacy and direct service will always be inextricably linked. Jen is currently the Clinical Education Supervisor and adjunct faculty in the Department of Midwifery, and adjunct faculty in the Department of Health Psychology at Bastyr University.

Jessica Swan, LM, CPM, MSM - MAWS Vice President (she/her)
Jessica graduated from the University of North Carolina at Chapel Hill in 2011 with a degree in Psychology and a desire to go to Bastyr University's newly established Department of Midwifery. It was a screening  of "The Business of Being Born" that sparked a passion within her for birth and family rights. While in the Midwifery Program, Jessica was a student midwife with Eastside Midwives at Puget Sound Birth Center in Kirkland, WA. Upon graduation in 2015, she was hired into the practice as a full time midwife. Jessica wrote her Master's Thesis on the use of the Laryngeal Mask Airway which is a simple tool that can be used to improve outcomes during neonatal resuscitation. Since graduating Jessica has precepted a dozen students and discovered that her biggest passion is teaching. When the Clinical Education Supervisor position in the Department of Midwifery became available she knew that was her next step and she began that role in June of 2020. Jessica also teaches the entire Clinical Skills series and facilitates the Basic Clinical Exam and the Advanced Clinical Assessment. Jessica is the Vice President of the MAWS Board of Directors. She lives in Kenmore with her wife Chelsey, where they spend their spare time cooking, gardening, and traveling to Burning Man and beyond.

Kristin Eggleston, LM, CPM - MAWS Treasurer (she/her)
Kristin graduated from MCU in 2009 and started her homebirth practice in rural south central Washington.  Kristin started her path to midwifery with the homebirth of her son in 2002. This was the impetus that linked her previous interest in medicine and anthropology with her new interest in natural health and parenting. She now has offices in Prosser and Yakima and works closely with midwives in Ellensburg and the Tri-Cities. She has been on the MAWS Board since 2014 as the Member Services Chair and a member of the Legislative-Policy Committee. She now lives with her husband, Bryce, and their busy, blended family of five kids and two dogs, in Prosser.

Brielle Villagran, LMP - MAWS Office Manager (she/her)
Brielle became involved in the birth world when she attended her first birth, a cesarean, at the age of 13. Since then she pursued all aspects related to birth and found her passion being a Birth and Postpartum Doula through the Simkin Center. Later she became a LMP to work with pregnant and postpartum clients to help alleviate the aches and pains that are associated with pregnancy and added that modality to her business of Seattle Massage Doula.

When she had her daughter in 2016, Brielle stepped away from active birth work and massage to work more in the administrative side of things in a completely different field! After a few years in Alaska, Brielle is back in Seattle and ready to take a more active roll within the MAWS community. Brielle is overjoyed to join MAWS and help where she can. She looks forward to learning more about the midwives, the organization and working with all these strong magical educated people. 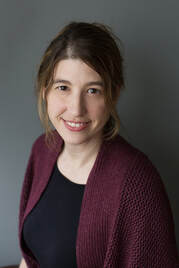 Melanie Dickson, LM, CPM, QMP Chair (she/her)
Melanie graduated from Seattle Midwifery School in 2006.  Since then she has caught babies in a homebirth practice on the Olympic Peninsula, a busy birth center in the greater Seattle area, and in 2015 completed the bridging program to certify as a Registered Midwife in Ontario--but returned to practice out of hospital because Washington midwifery has always felt like home.
Melanie is the current Coordinator of the Quality Management Program for MAWS, and is committed to improving outcomes for midwives and the families they serve.  She believes that as a midwifery community, we can strive for clinical rigor and best practice, while at the same time supporting each other with empathy and respect.  She aims to increase representation on the QMP and make the entire process more transparent, less intimidating, and safe for all. She currently lives in Woodinville with her family. 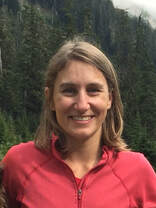 ​Beth Arcese, MA, LM, CPM  (she/her)
​Beth recently graduated with the first cohort in the new Maternal Child Health Systems program at Bastyr University. Her independent project focused on exploring opportunities and barriers to including Licensed Midwives as care providers in Federally Qualified Health Centers in Washington State. Beth is passionate about reducing barriers to access to the midwifery model and to improving care for marginalized populations in Washington and across the nation. She has a solo home and birth center practice, Salish Sea Midwifery, in Bellingham, WA. Practicing as an LM and CPM since 2012 has only increased her passion for improving health systems that support the midwifery model. Beth recognizes that MAWS has played a significant role in making midwifery viable as a profession in Washington. She looks forward to supporting continued development of the organization, the profession, and access for Washington’s childbearing population. Being a solo midwife, mother of three humans and three cats keeps her heart full and her schedule . . . interesting.

Mariah Falin, CD(PALS), Midwifery Consumer (she/her)
​Mariah Falin, CD(PALS) has been a practicing doula in the Seattle area since 2013. She became a consumer of midwifery care with her second birth and has been a longtime advocate for the midwifery model of care. She is a current member of the board of PALS Doulas and has strengthened existing ties and created new opportunities for collaboration in our local perinatal community. Her colleagues describe her as a connector and valuable community resource. She lives in a tiny home in Lynnwood with her partner of 18 years, their two boys, black lab and cat. 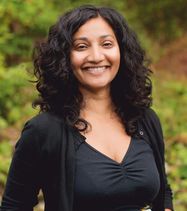 Sunita Iyer, ND, LM (she/her)
​Dr. Sunita Iyer ND, LM is a licensed primary care naturopathic doctor and licensed midwife in the state of Washington. She earned her doctorate and midwifery training from Bastyr University. She served on the MAWS board from 2004-2010 as both a student and professional midwife, and left the board in 2010 to serve as both a member and Chair of the Midwifery Advisory Committee until 2015. She is currently in active clinical practice and is on faculty at the School of Nursing and Health Studies at the University of Washington Bothell. Her interests and expertise are in pediatrics, women’s health, and preconception & perinatal care. She loves seeing whole families from beginning to end, and enjoys a bit of the “town doctor” life. She runs an integrative clinic alongside her better half, Eastside Natural Medicine, in Kenmore, WA, and practices alongside many incredibly talented colleagues who share the love of caring for and encircling families. She is looking forward to serving the midwives of Washington State with some fresh eyes and a renewed perspective.

Susan Rainwater, MSW, Midwifery consumer (she/her)
​Susan Rainwater was raised in Montana and always knew she wanted to work in a helping field. She first received a Bachelor’s in Arts and Sciences with a double major in Sociology and Criminal Justice, with a minor in Psychology from Gonzaga University. She then went on to graduate with a Master’s in Social Work in Clinical Contextual Practice with a focus on Children and Families from the University of Washington. Following graduate school and over the next five years, Susan worked for the State of Washington as a Social Worker in child welfare, as a regional licensor for foster home agencies, and as a union representative working for employee rights. She and her partner later welcomed their first child in 2011 at the Puget Sound Birth Center in Kirkland. Then their additional children were all birthed at home in 2013, 2015, and 2018. During the past seven years, Susan has been a stay-at-home parent to her four amazing children along with the continual support of her stunningly handsome and entertaining partner, Mark. 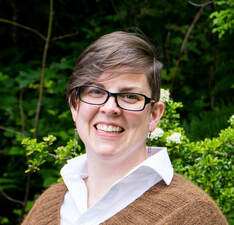 Louisa Severn, LM, CPM (she/her)
I was licensed in 2010 after graduating with the last cohort of Seattle Midwifery School and practiced in Kitsap County almost continuously since. I am currently re-entering the Washington midwifery scene after a burnout related, three year hiatus spent working in fertility medicine and third party reproduction at Sound Fertility Care in Seattle. I was a member of the MAWS board from 2008-2017 and served as the Midwife Chair of the JUA from 2012-2017. I am passionate (and frequently vocal) about midwives being paid appropriately and student midwives being trained properly and treated fairly. Baked goods and knitting are my love languages. My wife and I live in Kingston Washington where we raise our hilariously massive blended family and plot revolution

Emily Jones, CPM, MSM (she/her)
Emily Jones (she/her) earned a Bachelor of Science in Anthropology from the University of California, Davis in 2015. In 2020, she graduated with a Master of Science in Midwifery program from Bastyr University. During her time as a student midwife, Emily completed her Master’s Thesis on the topic of community midwifery integration into Washington State Disaster and Emergency Management. She is a leading member of the Washington State Midwifery COVID-19 Response Coalition and is greatly interested in the intersection of midwifery care and public health. As a new midwife and a member of the MAWS Board of Directors, Emily focuses her attention on reducing barriers and increasing access to midwifery care.
Banner photo by Linenko Photography, used with permission.